Glazer teased his report for more than 24 hours 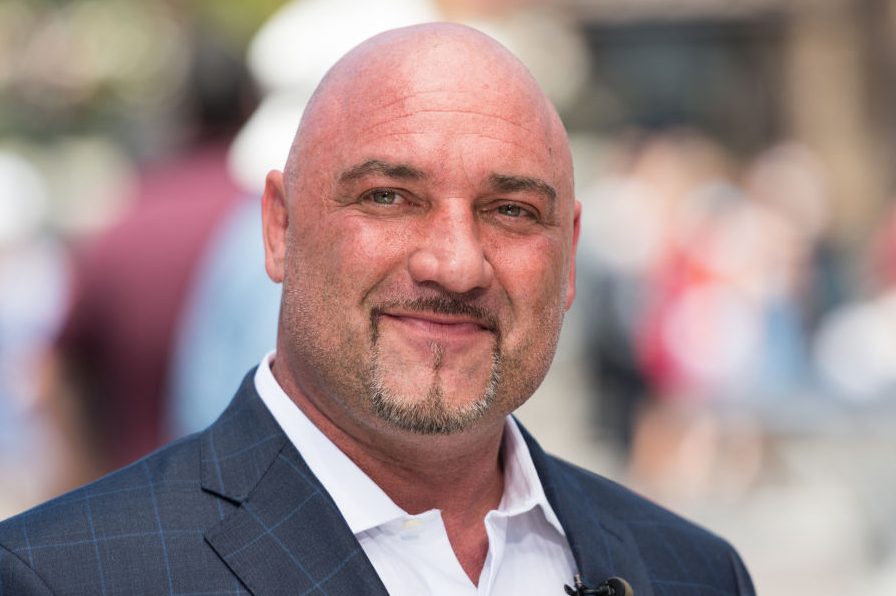 On Tuesday, NFL insider Jay Glazer made it known through a variety of channels that he’d be dropping a bombshell of a report during his appearance on Fox Football Now on Wednesday night.

Glazer, who had dropped big news in the past and is respected within the industry, went on Fox Sports Radio and said, “I am breaking big, big news tomorrow night on Fox Football Now. I mean big, national news tomorrow. I’m not kidding around.”

When the hosts teased him about what the news might be, Glazer chided them for mocking him.

People began speculating Glazer had the inside dope on potential discipline for the Patriots for videotaping the Bengals’ sideline, Peyton Manning signing with a media company or the rumored Odell Beckham trade to the Vikings.

On Wednesday morning, Glazer gave a little more info about what was coming and then threw more gas on the hype fire.

The news I have tonight is not transactional news, not a player getting traded or signed. Woke up to seeing y’all going ape-you-know-what guessing what it is. It’s not what you think. Fox Football Now tonight 11 ET/ 8 PT after race

So, after more than 24 hours of hyping up his report, Glazer took to FS1 at 11 p.m. and delivered the news that … L.A. Rams center Brian Allen was the first NFL player to test positive for coronavirus and was well on the path to recovery.

To which the internet, rightly so, collectively said, “Big deal.”

I know the main takeaway is that Brian Allen will be Ok and no one in his family was infected.

That aside, Jay Glazer just pinched a loaf on twitters curiosity.

It has to be said and I’m sure that on twitter, it’ll be said in much harsher tones. #NFLTwitter pic.twitter.com/qiKSo0PeD1

JAY GLAZER: I have HUGE NFL news 👀👀
US: omg is it a trade

GLAZER: no but it’s HUGE get ready to FALL ON UR ASS
US: pls tell us 😩😩

GLAZER: ok Brian Allen of the Rams has coronavirus
US: oh wow that’s sad i hope he’s not really sick

Jay Glazer: I HAVE HUGE NEWS THAT WILL THE SHAKE THE SPORTS WORLD IN THE MIDDLE OF A GLOBAL CRISIS

Why, at this stage of the pandemic, anyone in any walk of life having a positive test for COVID-19 would be surprising, is newsworthy or is deserving of such a degree of hype is unclear.

Maybe if Allen was on his deathbed it would be newsworthy, but then Glazer using his story to pull a self-serving publicity stunt would be in extremely bad taste and even more deserving of criticism.

As is, the whole thing was a huge waste of time. At least we all have a lot of it.

Football can be the “perfect setup” to spread the coronavirus, so diligent testing and how the nation responds to a second wave of the virus in the fall will help determine what the 2020 NFL season could look like, Dr. Anthony Fauci told NBCSports.com.”The virus will make the decision for us,” said Fauci, the director…

When you subscribe we will use the information you provide to send you these newsletters. Sometimes they’ll include recommendations for other related newsletters or services we offer. OurPrivacy Noticeexplains more about how we use your data, and your rights. You can unsubscribe at any time.Invalid EmailNew figures have revealed how coronavirus infection levels in parts…

‘Our income has fallen off a cliff’: how lockdown hits firms large and small

Johan Lundgren, chief executive, easyJet For Lundgren, memories of one particular meeting underline just how swiftly coronavirus turned from a distant Chinese problem into an insurmountable block on aviation. It was 3 March and Lundgren was in Brussels for a summit of A4E – an airline association that includes carriers such as easyJet, Ryanair, BA,…

PHILADELPHIA — Singer P!nk revealed Friday night that she has recovered from coronavirus and is donating $1 million to relief efforts.According to P!nk’s Twitter account, she and her son began showing symptoms of COVID-19 about two weeks ago. She tested positive and spent the last couple of weeks sheltering at home.”In an effort to support…

EU leaders meet on Friday for the first face-to-face summit since the coronavirus crisis, with low expectations of a deal…

We will use your email address to send you newsletters. Please see ourPrivacy Noticefor more information on how we use your data and your data protection rights.Invalid EmailSixty-six more people have died in North East hospitals after contracting coronavirus. NHS England announced on Thursday that 740 more patients with Covid-19 had died, bringing the total…

(CNN)A new video game tournament is offering NBA stars a chance for a competitive outlet, as players who would normally be preparing for the postseason are instead practicing social distancing. The players-only video game tournament starts Friday and will be aired on ESPN as hoop stars face off against each other in the popular basketball…

The travel group Tui has published detailed plans for how it will run its hotels after coronavirus travel restrictions are lifted, including limits on popular self-service buffets and a ban on football tournaments. The UK’s biggest tour operator, which specialises in package holidays, plans to introduce the measures across all its own-brand hotels and make…

Image copyright Getty Images Chinese e-commerce giant Alibaba said it has seen a “steady recovery” in the country since March, but warned that the path to an economic rebound remains uncertain.The firm’s sales grew 22% in the three months to 31 March, despite virus-related restrictions denting activity.The gain was stronger than expected, driven by demand…

Is black entertainment having its #MeToo moment?

Choose your subscription Not sure which package to choose?Try full access for 4 weeks For 4 weeks receive unlimited Premium digital access to the FT’s trusted, award-winning business news Read more Be informed with the essentialnews and opinion Save 33% – Pay annually MyFT – track the topics most important to you FT Weekend –…

At least 81 people were thought to have perished in forest fires near Athens, with many more unaccounted for. The wildfire is believed to be the worst in post-war Europe. Dry conditions have also led to fires in a number of other countries, including Sweden, Norway and Latvia. In Japan a record-breaking heatwave pushed temperatures…

The government borrowed a record amount in April, adding £62.1bn to the country’s budget deficit.The Office for National Statistics said government borrowing was £51.1bn higher than the same month last year. It comes amid efforts by Chancellor Rishi Sunak to prevent mass job losses from the coronavirus pandemic by furloughing many of the country’s workers.…

(CNN)Blake Snell, star pitcher of the Tampa Bay Rays, is putting his foot down: No pay, no play.The Cy Young Award winner said in a Twitch broadcast Wednesday he wouldn’t return to play baseball amid the coronavirus pandemic unless the money’s worth it.”I’m not playing unless I get mine,” said Snell. “That’s just the way…